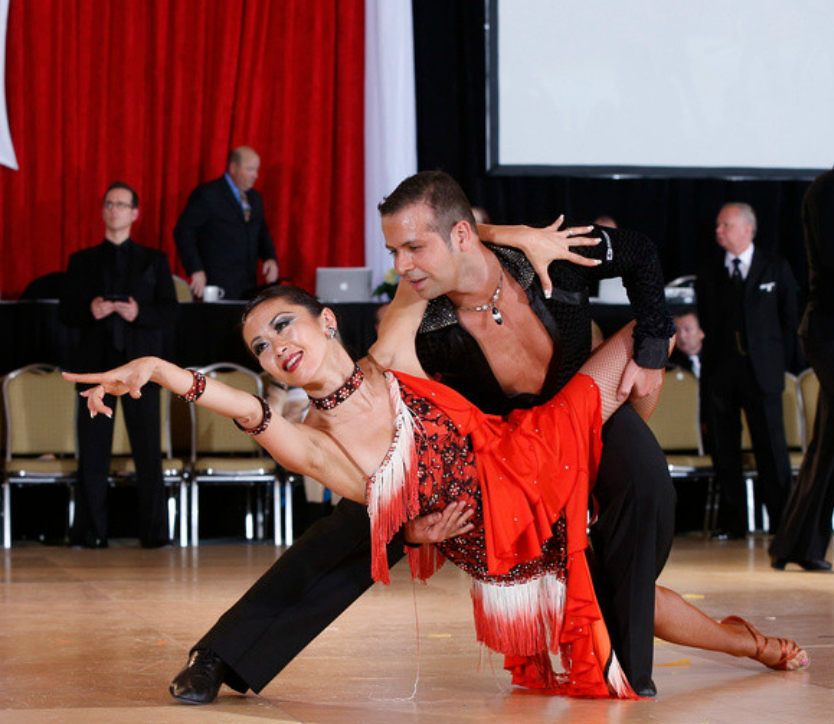 Originally from Joao Pessoa-Brazil, Marcio DeSouza received his early training at Pallavolo Ballroom dance company, where he had the opportunity to tour in Brazil. After, he attended Parana Faculty of Arts and Quaira Ballet School. Marcio moved to Europe and danced with CeDeCe (from Portugal), where he performed in Spain and Portugal.

Marcio has received the Top Teacher Award in major US competition since 2008, after competes with Saori DeSouza in Rhythm and Smooth Professionally, curently Marcio is competing in Rhythm with Monica Schauweker and also compete on WCS Circuit. In 2011, a dream came true; Marcio and Saori Desouza started their own school: International Dancesport Club (formally Dancesport Academy of New England). In less than 2 years, they received the Top Studio Award and became one of the top Ballroom and Latin Dance Schools in the Boston Area.

Saori has been trained as a Ballroom, Latin, Jazz dancer and performer; she looks back on an accomplished career, having performed at such illustrious locations in her original country in Japan. She found the beauty in International Standard and Latin style, and competed in both styles at higher levels as an amateur in her young age. After she came to this country, she had started exploring another beauty of expression in the new style of dancing – American Smooth and Rhythm with Marcio DeSouza. She is a former 9 Dance Competitor and compet in American Smooth category with Jan Ondrias.